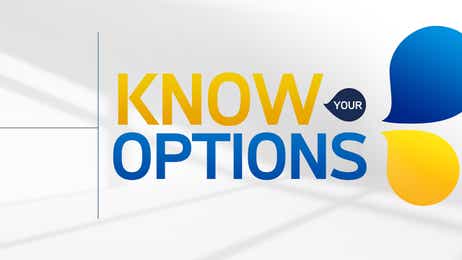 The timely adjustment of positions can be a critical aspect of successful options trading strategies.

However, in a probability game such as derivatives trading, it’s inevitable that some trades will be tested by adverse market movement. In this latter case, there are strategies that traders can utilize in order to defend or redeploy capital.

One popular method of trading challenged or losing positions is the concept of "rolling," which was recently discussed on an episode of Know Your Options.

On this particular segment, hosts Liz and Jenny delve deeper into why traders roll as well as some tastytrade research that helps illustrate how traders can successfully navigate troubled waters.

For example, a covered call position could be "rolled" by buying in the short strike in the front month (to close) and then selling the same strike in another month (to open). Completing this process means that the covered call has been rolled forward.

The decision to roll can come about in several ways.

Using the covered call example, the decision may come about simply because time has passed and expiration is approaching. The hypothetical short option looks likely to finish out-of-the-money, meaning a trader can re-deploy the position going forward by rolling (to another expiration month).

If a trader's outlook and risk appetite remains the same, the covered call is a solid example of a position that a trader might roll into another expiration month. As the front month contract loses value and produces profit for the trader, the risk-reward balance starts to shift toward closing the front month contract in favor of opening another short position in another month with more "meat on the bone" (i.e. a bigger credit).

However there are other, slightly more complicated, reasons for rolling positions.

When positions are challenged from a profit and loss perspective, traders may also choose to roll those positions into different strikes or expiration months if their conviction and outlook on the trade remains the same. In this case, a trader is typically confident in their belief that the position will eventually move in their favor - given more time.

Looking at another example, let's consider a hypothetical trader that is short the $10 strike put in XYZ stock, which is trading at $12/share.

If XYZ experiences a downdraft and trades closer to $10.50, the short $10 strike put is now under pressure. In this case, the trader has the option to "roll" his put into a different strike within the same expiration month, or roll the short put into another expiration month.

This is assuming of course the trader doesn't elect to close the position altogether.

The decision to roll is therefore dependent on a trader's ongoing outlook, which will affect the course of action taken. Knowing when or if to roll is consequently a highly subjective situation - and one that usually benefits from experience.

On their show Know Your Options "Rolling Best Practices," Liz and Jenny explore some examples that can help traders better understand their choices when experiencing adverse market movement.

Liz and Jenny highlight two basic techniques that traders often use when rolling spreads - especially in situations of adversity:

1) roll the untested side closer to the money (same expiration)

2) roll the tested side out in time (different expiration)

The hosts present tastytrade research that suggests an optimal time to roll a trade may be when the strike in one side of the position is breached (i.e. tested side). For example, if one were short a $10 put, a "breach" would occur when the stock trades $9.99 or lower.

As seen in the graphic below, win rate percentages and credits go up when trades are rolled after the strike is breached - as opposed to when the breakeven is breached (based on tastytrade research presented on Best Practices November 23, 2015):

This information is shown in the chart below:

In the case where expiration is looming in the near future, a trader may need to roll a position into another expiration month (assuming their outlook remains the same and they wish to maintain the same risk profile). Often times, a trader will roll out into the same strike, although this choice is subjective and based on risk appetite and outlook.

tastytrade research suggests that rolling to the same strike will indeed be the more optimal choice, on average, over time.

Rolling is without question one of the more advanced aspects of trading options. The decision to do so involves many components and varies greatly by situation and market conditions.

We invite you to expand your knowledge on the subject by watching the full episode of Know Your Options focusing on rolling when your schedule allows.

Please don't hesitate to contact us with any questions or feedback on rolling at support@tastytrade.com if you require additional information.

Your input affects future programming on the tastytrade financial network and is greatly appreciated!

Delta is the options Greek most often considered by traders. Delta allows us to understand the relationship between an option and its underlying asset. We can use this to create a hedge. See how here!