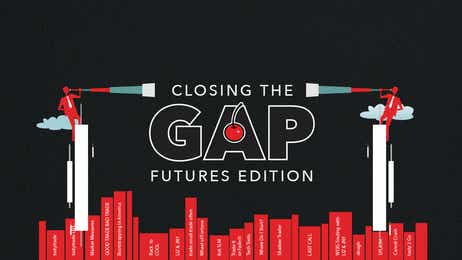 Today on the blog we are happy to present a recent episode from this series that focuses on bond prices and the reasons they fluctuate.

Bonds represent a unique asset class and therefore move up and down based on specific market levers. Unlike equities, which represent a degree of ownership in an organization, bonds are much more like an IOU.

Investors lend their money to companies in the form of bonds and are in return promised interest on that loan in addition to repayment of the principal. The financial strength of a company as well as prevailing market conditions will dictate the rate of interest that is paid to investors.

The above helps explain why the direction of interest rates is inversely correlated to the price of bonds. When interest rates are rising, previously issued bonds drop in value because future issues will theoretically be relatively more attractive (pay higher rates).

On this particular episode of Closing the Gap: Futures Edition, Pete Mulmat joins hosts Tom Sosnoff and Tony Battista to further enlighten listeners on the mechanics behind the fluctuations in bond prices.

During this discussion, the Closing the Gap team introduces another important concept related to bond prices - the yield curve. And don't let this relatively simple concept throw you for a loop due to its complex-sounding name.

The yield curve is the graphical representation of interest rates over time.

Given that interest rates in the United States have been hovering around zero for roughly seven years, the current yield curve is of the "normal" variety - meaning it steepens over time (interest rates are expected to rise).

Because the yield curve shifts dynamically with changes in expectations for the future movement of interest rates, what is actually observed is a range for the yield curve over time.

Pete, Tom and Tony discuss this concept in depth on the segment and introduce the graphic below which illustrates the breadth of the yield curve since the start of 2015:

Given the above information, we can now return to the original question - why do bond prices fluctuate?

The answer is that although the Federal Reserve sets short-term interest rates, the market shifts dynamically around the uncertainty of potential changes in interest rate policy. While the market may have a good idea that interest rates will rise, the speed and degree of any potential increase is an unknown.

Because yield curve expectations are ever-changing, so too are bond prices.

The guys take the above concept to the next level on Closing the Gap: Futures Edition. They discuss not only the "why" of bond price fluctuation, but also the "how much?"

Specifically, they ask the question, "how much will a bond's price change in response to an interest rate increase?" They answer the question by introducing a quoted number available on the CME website called the Dollar Value of a Basis Point (DV01). This is a value similar to "delta" in options trading that provides further context around the potential impact of future interest rate changes.

The chart below, discussed in detail on the show, provides background on DV01 and how it can be applied to estimated interest rate changes by the Federal Reserve:

Comparing the forecasted 174-point move calculated in the above graphic to previous movement in 2015 helps illustrate just how significant a 25 basis point interest rate increase could be:

The above means that any actual decision by the Federal Reserve to raise rates would likely catalyze the largest move of the year in the /ZB.

To learn more about bond prices and why they fluctuate, we invite you to watch the entire episode of Closing the Gap: Futures Edition on tastytrade when your schedule allows.

In the meantime, we encourage you to follow-up with any questions or feedback at support@tastytrade.com.

We thank you for being the most important part of the tastytrade community!

The Difference Between Options and Futures

Want to bone up on your knowledge of futures and options? Join the tastytrade team for a better understanding of how these contracts are used in the marketplace.

Notional value helps us understand how much value a security theoretically controls. To learn how we apply it to leverage and position size, check out this post!