Where next for Plug Power Stock as it Recovers from Last Week’s Selloff? 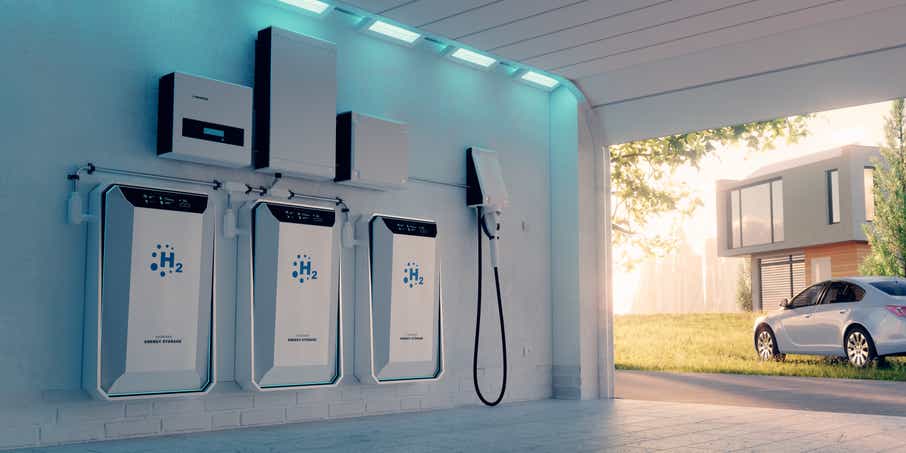 Where next for Plug Power Stock as it Recovers from Last Week’s Selloff?

Plug Power Inc. (PLUG) was founded in 1997 and is a leading provider of alternative energy technology. They focus on the design, development, commercialization, and manufacture hydrogen fuel cell systems primarily for the material handling and stationary power market. They are focused on the proton exchange membrane, or PEM, fuel cell and fuel processing technologies, fuel cell/battery hybrid technologies, and associated hydrogen storage and dispensing infrastructure.

How do Plug’s fundamentals look?

Over the same period, Plug’s balance sheet has remained consistent. In the last five quarters, Plug’s total assets have oscillated between $5.7 and $5.9 billion, while its total liabilities have grown from $867 million to $1.3 billion.

It seems that Plug is taking on more liabilities to be able to increase their sales. However, it is also likely due to material costs that net income is unable to follow sales. It seems that for Plug to generate more sales, they create more debt.

This is understandable when we consider that the products Plug sells are manufactured using materials that have increased in cost in recent years. With shipping and labor costs, and material costs rising due to Covid-related lockdowns and supply chain constraints, Plug will need to find a way to navigate increased costs if they are to regain profitability.

How has PLUG stock been trading?

Last week PLUG sold off from above $20 to below $15. However, early this week we are seeing PLUG bounce back, currently trading at $17.30. Last week's selloff is like the selloff we experienced in mid-June. This is like the choppy price action we have seen all year from PLUG, so far.

In 2022, price action has often sliced downward to new lows and then jumped back up via a weak rally that sets new lower highs. Price action within the last two months has been more volatile than normal. It is possible that the recent volatility we’ve experienced is an indication of stronger buying pressure meeting the downtrend.

Price action since May of 2022 has been constructive. It is likely that in August price will either break below $14.48 and push for new lows, or we see PLUG continue its current constructive posture and rally above $20.02.

How should I trade PLUG stock in the short term?

PLUG has earnings on August 4th, 2022, after the close. Option implied volatility is high in August and September contracts, setting us up for a premium selling opportunity. If you want to take advantage of volatility expansion prior to earnings, you’ll want to place a trade prior to August 4th. If you would like to avoid the uncertainty of earnings, place your trade after the 4th.

If you believe that recent price action has been constructive and has formed a near-term base, then a short put spread could be sold for upside exposure. If you believe that buyers and sellers will continue to battle over price at this level, a short iron condor will do nicely.

If you are considering an iron condor, you could also consider a short strangle if you want to get undefined, which would be worth considering because of low buying power requirements due to a low stock price. Skew your strangle if you would like to become more directional.

How Does Inflation Affect Markets?

The highest inflation measure in more than 40 years has left many markets in utter disarray: Nasdaq is at its lowest since 2020, interest rates are at their highest since 2007, and the US dollar is the strongest it’s been since early August.*

In today's note, contributor Josh Fabian questions the true effectiveness of sanctions. Do they ever work?

What are the best stocks to watch in July 2022? Delta, Bank of America, Merck, AT&T, and Coca-Cola all report earnings in July.