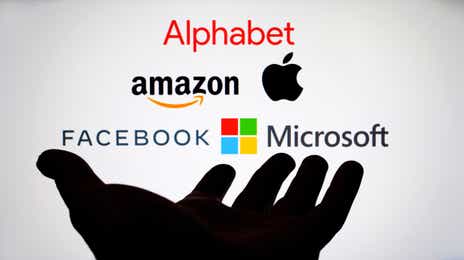 Q3 earnings season ramps up this week with 164 S&P 500 companies scheduled to report their results. Ahead of these announcements, let’s focus in on a few of the big tech companies likely to be on every option trader’s radar.

In this guide, we’re looking at expected moves, volatility, and historical results as a way to potentially gain an edge ahead of earnings from Facebook (FB), Microsoft (MSFT), Google (GOOGL) Apple (AAPL), Amazon (AMZN), and Twitter (TWTR).

When taking a look at current market expectations versus the prior four quarters of earnings data, we see the options market is pricing in above-average moves for Facebook, Apple, Amazon, and Twitter compared to how much these stocks have moved 1 day following the announcement. On the other hand, the currently expected moves for Microsoft and Google are less than the average and median moves observed 1 day after earnings are announced.

Moving beyond options market expectations, both Google and Apple stand out when looking at the frequency of directional moves we’ve observed in recent history. Google has closed in positive territory 100% of the time 1 day after earnings, over the past four quarters. Google’s stock price has also been higher 100% of the time 1-week after earnings, during the past four quarters.

Apple has only traded in positive territory the day after earnings once over the past four quarters, but when looking at where the stock price has closed 1-week after earnings, Apple has also been positive 100% of the time, one week later.

Across the mega-cap tech names reporting earnings, it’s also worth noting that current implied volatility levels are well below both the median level we’ve observed ahead of earnings, over the past four quarters.

Finally, given the large market share these companies hold, it’s also worth noting the fairly strong positive correlations among each other and their relationship with the broader S&P 500 index (SPY).

Forecasting a stock’s price reaction to its earnings announcement can be a difficult task, though heading into Q3 earnings, the options market is pricing in generally lower levels of implied volatility smaller than average moves for these big tech companies.

To get more market insights, earnings analysis, and trade ideas, make sure to tune into the Jones and Grace show on tastytrade at 3:30 PM CT Monday-Thursday each week.

IV Crush: What Happens To Implied Volativity After Earnings?

For options traders, earnings season spells opportunity - but also uncertainty in the form of volatility crush.