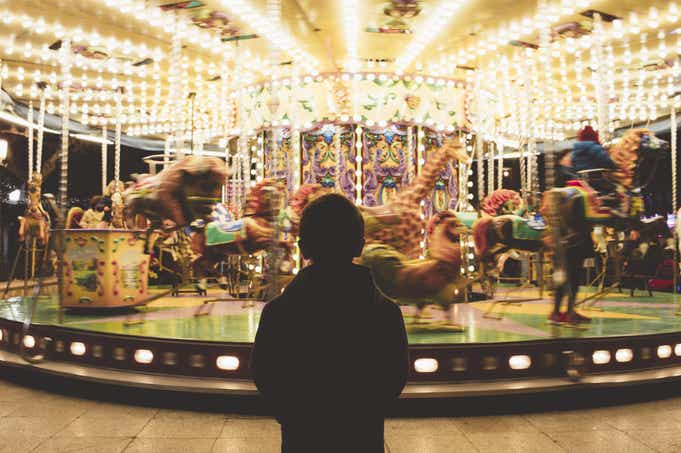 For the full week ahead, please visit the DailyFX Economic Calendar.

While the September Fed meeting did not yield a taper announcement, it appears that the groundwork has been laid for a reduction in asset purchases imminently. While the dot plot revealed that policymakers were split on the timing of rate hikes – nine foresaw a 25-bps hike in 2022, while nine didn’t see a hike until 2023 -- the timing of tapering asset purchases seems more concrete. Several policymakers, including those with historically dovish tendencies like Evans and Kashkari, have suggested that it may be appropriate to reduce asset purchases starting this year.

Lockdowns through the middle part of 2021 plagued the Australian economy, which lost a dramatic -146.3K jobs in August, erasing the prior three months of gains. While the Australian vaccination has started to rise, suggesting that the economy will soon rebound, the lockdowns continued into September, suggesting that jobs data will remain weak. According to a Bloomberg News survey, the Australian economy lost -120K jobs in August, another significant drop. The unemployment rate is expected to jump from 4.5% to 4.7%.

But if the data come out even marginally better than expected, the largest net-short position in the futures market leaves the Australian Dollar well-positioned for a short covering rally that could help pairs like AUD/JPY and AUD/USD realize their bullish technical potential.

The Chinese economy has lost a step or two in recent months, plagued by concerns that problems with property developer Evergrande are emblematic of more serious issues infecting the economy at large. But the upcoming slate of economic data has a chance to soothe fears, insofar as a rebound in Chinese inflation figures and lending data could help investors believe that a ‘soft landing’ is more likely than a ‘hard landing’ – even if that landing is cushioned by more debt cycling through the world’s second largest economy.

Consumption is the most important part of the US economy, generating around 70% of the headline GDP figure. The best monthly insight we have into consumption trends in the US might arguably be the Advance Retail Sales report. US economic data in September was not great, with growth expectations shrinking to their lowest level of the quarter. According to a Bloomberg News survey, consumption slumped with the headline Advance Retail Sales due in at -0.2% from +0.7% (m/m) in August. Similarly, the Retail Sales Control Group, the input used to calculate GDP, is due in at +0.5% from +2.5% (m/m). 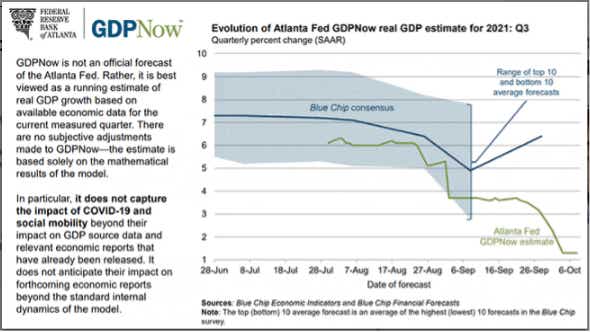 Based on the data received thus far about 3Q’21, the Atlanta Fed GDPNow growth forecast is now at its lowest expectation of the quarter at +1.3% annualized. This was due to “an increase in the nowcast of third-quarter real gross private domestic investment growth from +10.5% to +10.7% was offset by a decrease in the nowcast of third-quarter real personal consumption expenditures growth from +1.1% to +1.0%.” Another revision lower could be due if the September US retail sales report simply meets expectations – which may make for a weak end to the week for the US Dollar.

The Hang Seng Index remains firmly in the spotlight as the Evergrande drama continues to unfold. The index fell by more than 2% on Monday as fears continue to grow surrounding Evergrande’s dollar bond payments.

Global supply chain concerns and growing demand for energy are having a positive impact on crude oil prices, which have climbed six of the past seven trading sessions and 12 of the 19 trading sessions thus far in September.

The S&P 500 plunged at the start of the week on Evergrande worries, but despite growing market risks, some industries are starting to look more attractive over the medium term.