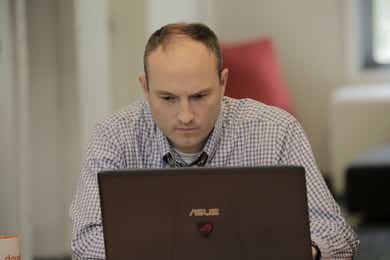 Trading Interest Rates via the NOB

Trading Interest Rates via the NOB

While the term "interest rates" may not get your blood racing, or make you sit closer to the edge of your seat, they often present attractive trading opportunities, just like any other niche of the financial markets.

Looking at a long-term chart of 30-year Treasury rates dating back to the early 1980's, one can see that the range has been between roughly 2% and 15% over the last 35+ years. These days, 30-year Treasury rates are hovering right around 3%, which means they are closer to one extreme, as compared to the other.

While the 30-year Treasury rate has rallied from its low of around 2.25% in June of 2016, it is obviously still well below its historical average. Does that means there are opportunities available in 30-year Treasuries?

That largely depends on your unique trading approach and outlook. However, they are certainly worth a closer look, and for that reason today’s blog post focuses on a well-known interest rates trade that involves the 10-year Treasury Note and the 30-year Treasury Bond.

In short, interest rate rate trades are typically accessed via bond futures products because of the strong inverse relationship that exists between interest rates and bonds prices.

That same trader may also decide not to expose himself/herself to naked interest rate risk, and elect to deploy a spread instead of a single naked position. That is where spreads like the “NOB” come into play.

The "NOB" spread is structured such that the 10-year Note is traded in the reverse direction as the 30-year Bond. Therefore, if you were looking to deploy a trade that bet on an increase in long term interest rates, the associated NOB trading structure would be short 30-year Bonds versus long 10-year Notes.

In the interest rates trading universe, the above trade structure is often referred to as a “steepener,” because of the shape it would form on the yield curve (short-term rates going lower, long-term rates going higher).

As a reminder, the varying rates of interest across different maturities (from 1 month to 30 years) is referred to as the "yield curve,” and is usually presented in chart form.

Alternatively, if you held the belief that the yield curve was going to “flatten” going forward, the associated NOB trade structure would be long 30-year bonds versus short 10-year Notes.

You also might decide that Treasury products with different maturities better fit your outlook, such as the 2-year/5-year (TUF) or the 5-year/10-year (FYT). Additional information on these bond spreads (and many more) is accessible through the search functionality on the tastytrade homepage.

It should be noted that interest rate trades such as the NOB are typically deployed in ratio fashion, which helps to balance each leg of the trade so that the “delta” risk is roughly equivalent. Traditionally, the NOB is deployed in 3 x 1 fashion (three 10-year contracts for every single 30-year contract).

For a detailed breakdown of the NOB spread, including a sample trade, we recommend reviewing this previous installment of Futures Measures, as well as this episode of Options Jive.

If you have any questions about trading interest rates using bond futures, or any other topic, don’t hesitate to leave a message in the space below, or reach out via email at support@tastytrade.com.