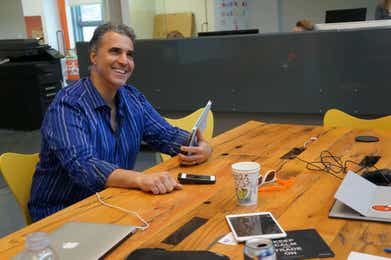 It doesn't take a complex statistical model and a doctoral degree in financial engineering to conclude the following - put sellers cleaned up in 2016.

Remember those dark days in February when it looked like the market might actually turn bearish for longer than a couple days? Me neither.

May as well forget "Brexit" and Donald Trump's surprise victory in the US Presidential election as well - the market blew past those "headwinds" too, and now look poised to close the year at all-time highs.

And given the unexpected market performance over the course of 2016, it now seems even more difficult to forecast what might be around the corner in 2017.

Only time will provide the definitive answer to these questions.

What we do know is that 2017 will write it its own story - consecutive trading years are rarely the same. That means puts sellers could be tested in coming months, which brings us to a recent edition of Market Measures titled "Rolling Puts."

This particular episode of Market Measures analyzes whether rolling "tested" short puts improves returns. "Tested" short puts, by the way, are trades that have gone negative in terms of P/L.

When a short premium put gets tested, a trader can:

On this episode of Market Measures the team conducted two studies to better understand whether rolling tested puts improved returns versus doing nothing at all. The goal when rolling is to extend duration - basically giving a position more time to “work.”

Using S&P 500 data from 2005 to present, and backtesting the sale of 1 standard deviation puts with roughly 45 days-to-expiration (DTE), the Market Measures team discovered doing nothing (keeping all trades on through expiration) produced the following results (on average):

Next, the team ran a study which backtested how the performance of these trades changed when "tested" puts were rolled to the next expiration cycle (same strike).

The results of the two different strategies (rolling tested puts vs. leaving them alone) are compared in the graphic below:

As you can see above, in this particular study the *decision to roll* produced preferable results.

However, it's important to note that performance will vary by market conditions and the underlying security that is being traded.

The main takeaway from this episode is that "rolling" represents yet another tool volatility traders can add to their arsenal of potential tactics.

When a short put does get tested, traders must make their own personal choice to close, limit, or extend risk based on their unique strategy and risk profile.

If you have any comments or questions about rolling short puts, or any other trading topic, we hope you'll reach out at support@tastytrade.com. Your feedback helps shape future programming.

Happy New Year from all of us at tastytrade!