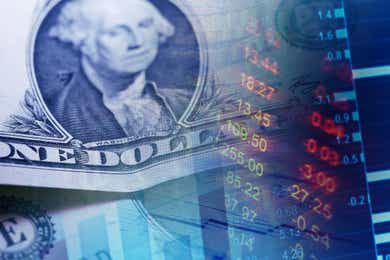 Yesterday saw FOMC Chair Jerome Powell get nominated for a second term atop the Fed. As our own Christopher Vecchio outlined, the choice was down to Powell and Lael Brainard, who ended up being nominated for Vice Chair. Ahead of the decision, it was difficult to discern how much difference might come from either candidate. But, in the aftermath, there’s been a market response along with an interesting twist from another noteworthy character.

But before we get to that, the immediate market response to Powell’s nomination, which dropped right around 9 AM ET, was a quick rush of USD strength as Treasury Yields drove higher. And while stocks received an initial boost after the 9:30 open, that bid quickly dissipated and sellers took control for the remainder of the day and that’s held into this morning.

The takeaway appears to be that there’s even more confidence that inflation is, in fact, transitory to a degree. But, perhaps not as ‘transitory’ as the Fed had initially hoped and this can be gleamed from the market response of higher yields and lower stock prices as there’s a greater probability that the Fed may need to tighten more than once next year.

Enter our other noteworthy character, Janet Yellen, the head of the US Treasury department who previously served a term atop the Fed, taking the reigns from Ben Bernanke and handing off to her successor Jerome Powell in 2018.

Yellen said that the Fed needs to play an ‘important role to make sure that this (inflation) doesn’t become endemic.’

She also said ‘I think we do have to be concerned about inflation. It’s reached the levels that concern most Americans who are seeing it and their pocketbook when they go to the store to buy food or fill up their cars.’

A final comment of note: ‘What we do see in the marketplace, with a strong Dollar and generally low, longer-term interest rates, is confidence that inflation is not something that is going to become long lasting or endemic in the U.S. economy and that’s important.

My takeaway: This sounds less a vote of support and more like a command. But, with that said, there’s also still considerable support here and no party has an interest in tanking these rallies over supply-chain issues, which evidence suggests is a primary root cause of the recent rise in prices.

But, this may get us that 2nd rate hike for 2022 in the FOMC Summary of Economic Projections that are due to drop at their next rate decision on December 15th.

The 10 year is up by 13 basis points from Friday’s close and there’s a point of resistance around the 170 bp marker on the chart. Curiously, this is still well below the Q1 high that was pumping when the reflation trade was running hot: That’s at 176.6 basis points and this could serve as another point of potential resistance.

If we are seeing a slightly more hawkish Fed in response to inflation as per Yellen’s comments yesterday, this would be a continued focal point.

The S&P 500 was overbought coming into this week and that even held through yesterday’s open, after the Powell nomination announcement. This allowed for another fresh all-time-high to print just before stocks started to pull back, and when those Yellen comments dropped later in the day, there was a full-on press on the offer as that pullback became a bit more loud.

Today has seen continuation but thus far buyers have been able to hold the line at 4661, a prior spot of resistance-turned-support. There’s also support potential at 4625 and a bit deeper, around 4600. Support tests and holds above these levels keep the door open for topside.

If one wants to look for a greater pullback, the next market we look at might be a bit more opportune.

For short-side plays on equities on the back of this theme, the Nasdaq 100 may be a bit more interesting. It has, after all, been the more rate sensitive index and given the constituency of the index, that makes sense. It’s also what we’ve seen throughout this year as rates have been on watch, with higher rates leading to more drag for the tech-heavy index versus the S&P 500.

But this index also flew higher by a whopping 16.7% from the October lows up to yesterday’s high. Yesterday saw prices close near the lows and that sell-off has extended into this morning. It was due for a pullback and Yellen’s comments may just be the excuse that risk managers need to pare off some exposure.

With that said, If we are seeing rates jitters re-enter markets, it makes sense that the Nasdaq would be a more attractive candidate for hedging off long equity exposure or for taking a straight-on bearish setup against US equities.

What News Moves the Market?

Rumors started to swirl concerning the nomination for the next Federal Reserve Chairperson a little over a week ago.* Would President Biden nominate the current Fed Chair Jerome Powell for another term, or would he go to the more dovish Democrat Lael Brainard?

The June FOMC meeting is next week, and it’s becoming evident that policymakers are beginning to lay the foundation for initial QE tapering efforts.