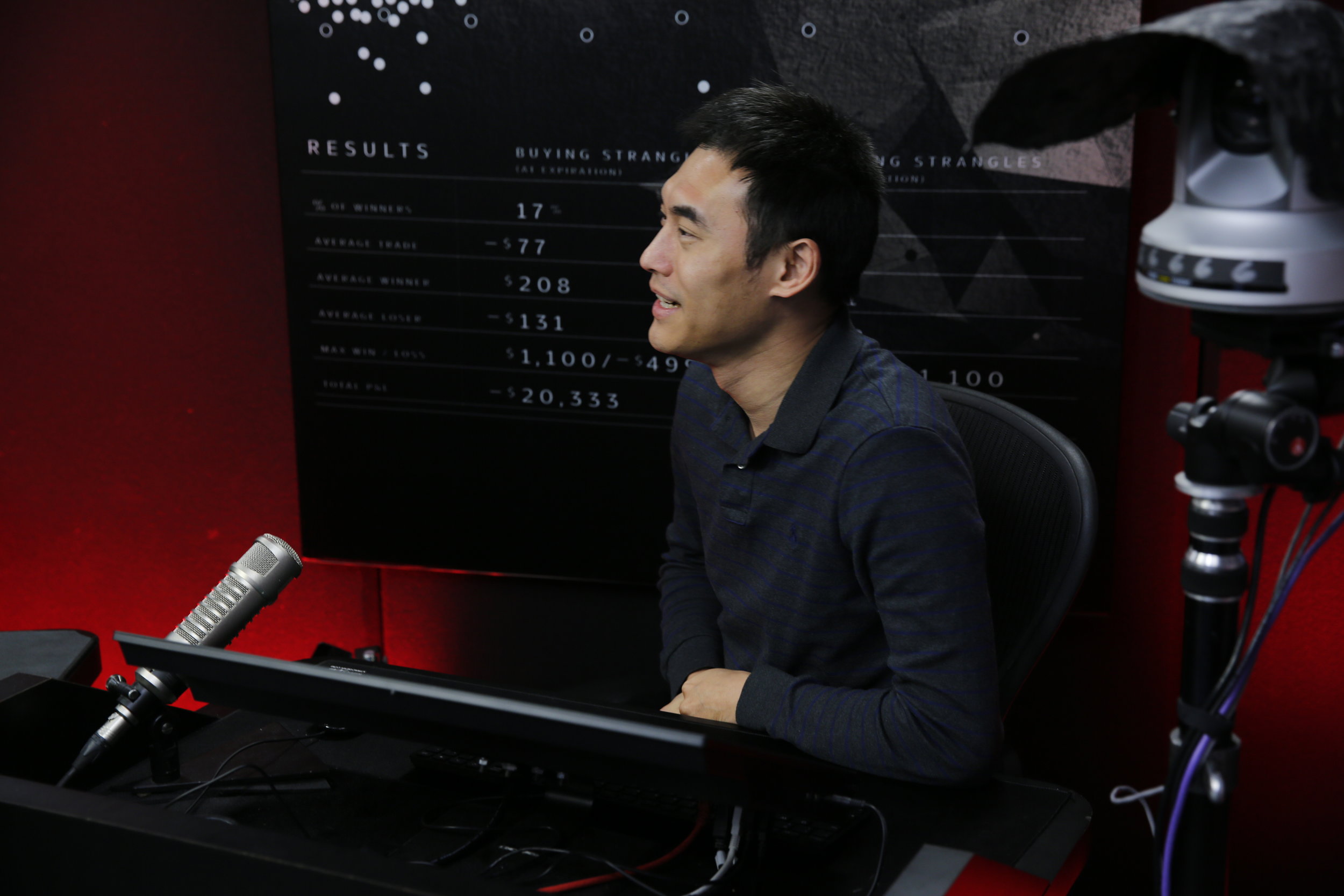 If you're a frequent seller of straddles and strangles, or considering adding such positions to your portfolio, new research conducted by tastytrade and presented on Options Jive is worth a few moments of your time.

This particular episode focuses on a comparison between increased size when selling a strangle as compared to a straddle with half as many contracts - and the risk implications of each. The underlying reason for this analysis is that some traders may feel positions with higher probability of profit (POP) are good candidates for larger position sizes.

The information presented on Options Jive can help traders better understand the risks of such an approach.

As a reminder, straddles involve selling a call and a put with the same strike price and in the same expiration period. Most straddles are deployed using at-the-money strikes, which means that the time premium in the options can be quite high.

Looking at strangles, which also involve the sale of an equal number of calls and puts, we see a slightly different risk profile. In the case of strangles, the position calls for the sale of a call and a put with different strike prices, but still within the same expiration period.

Another important distinction is that strangles are often traded utilizing out-of-the-money (OTM) options, which have less time premium.

However, there's more to it than initially meets the eye - especially as it relates to the overall risk profile of the respective strategies. The graphic below helps illustrate this reality:

Given the dynamics of each position, it’s possible a trader may try to compensate for the reduced credit in a short strangle by selling more contracts (i.e. increasing position size). Under that scenario, a trader theoretically increases the amount of premium received, while maintaining the superior levels of POP.

However, one must also recognize that by increasing position size, the trader is now potentially exposed to deeper losses. It’s this precise scenario that the Options Jive team decided to investigate further.

In order to produce the results necessary for a proper analysis, a study was designed that evaluated the historical performance of a straddle and a strangle in SPY. The twist in this particular analysis was that the size of the short strangle was doubled as compared to the straddle.

The two graphics below highlight the findings:

As you can see in the first slide above, the success rate and profit target for a straddle versus a strangle with twice as many contracts were roughly equivalent over the time period examined. However, that only tells us half the story.

Digging deeper into the results, using the second graphic, we can see that the average loser and largest loss increased significantly for the double-size strangle. This second finding is consistent with our expectations for increasing the position size in the strangle, which means that if the position does get tested, the pain is amplified.

While this particular episode of Options Jive focused on straddles and strangles, it serves as a good illustration for any trader that is considering sizing up when they think the odds are in their favor. No matter the approach, increasing position size can open the portfolio up to greater potential losses, and may have the secondary effect of pressuring a trader into bad decision-making (due to outsized potential losses).

The information presented in this episode of Options Jive serves as a good reminder that sizing our positions correctly is paramount, no matter the perceived edge.

If you have any questions about proper position sizing, or any other trading-related topic, we hope you’ll leave us a message in the space below, or reach out directly at support@tastytrade.com. To learn more about this topic, we also recommend a previous installment of Tasty Bites.