US equities pushed higher on Monday as markets prepare for a big week of megacap tech earnings. Energy shares outperformed on the day as WTI briefly traded above $85 before retreating. Tesla set the tone for the session, rising by more than 12.5% following the announcement of a deal with the rental car company Hertz. Hertz announced it would purchase 100,000 Tesla cars, another tailwind for the company following last week’s blowout earnings report. Shares of Tesla traded over the $1,000 barrier, taking the market capitalization of the company above $1 trillion. 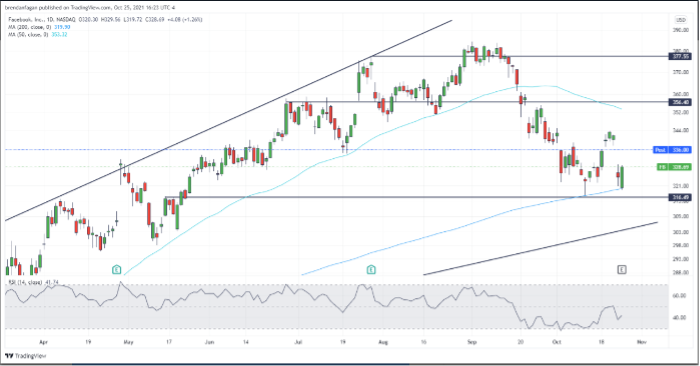 Market participants certainly have an action packed week ahead, with Microsoft, Apple, Amazon, and Alphabet all set to report earnings this week. What could be a “make or break” week for equity markets comes before next week’s FOMC policy meeting as near-term event risk remains elevated. With inflation on the mind of many, both the Federal Reserve and market participants may look to corporate guidance for any clues as to the nature of current price pressures, and whether they truly are just “transitory.”

What to expect from Facebook, Microsoft, Google, Amazon, Apple & Twitter earnings? We analyze implied volatility and expected moves in the options market.

Implied Volatility Crush: What Happens To IV After Earnings?

For options traders, earnings season spells opportunity - but also uncertainty in the form of volatility crush.

Earnings: Past Moves vs. Expected Moves

Historical data can help us better understand the relative risk of a potential trade, especially around earnings announcements.