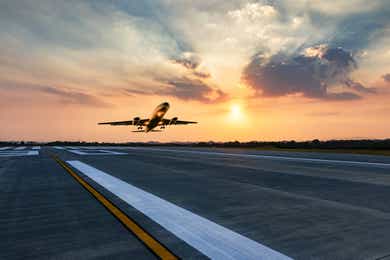 There’s legitimate cause for concern when dogecoin, meme stocks and NFTs are all the rage. It’s indicative of a bubble. It’s a comment that equity prices, in general, are overpriced and people who can’t afford Amazon, Apple or Facebook stock are looking for opportunities elsewhere. There will undoubtedly be carnage for some. At the same time though, there’s a broader theme worth being encouraged about.

In a world where individuals are told to turn over their money to “the professionals” because you’re better off being passive about financial decisions, we’re seeing a growing appetite for risk. We’re seeing an increasing willingness to take on and accept risk in exchange for perceived opportunity. We’re seeing more people take control of their own destiny. All that is a good thing. All that is necessary for evolution and advancement.

It’s not that dogecoin will change the world for the better or all art galleries will begin selling NFTs. It’s not that Robinhood and Coinbase haven’t made mistakes. That’s the superficial  and skeptical headline takeaway. But peel back the onion and what you find are a new generation of investors offering entrepreneurs and CEOs the latitude necessary to try new things.

When CEOs are solely focused on quarterly results and the metric du jour which Wall St. is most focused on (for the time being), they become boxed in and encumbered from pursuing other opportunities. They’re discouraged from taking a chance on something different that may, one day down the road and further off than the next earnings call, generate outsized returns. As a result, they become risk averse.

In the late 1990s, price to earnings (P/E) multiples were what CEOs focused on most. When Amazon launched itself, it took a different approach. It focused on revenues. It focused on building a customer base by selling its products to whomever they could without a focus on earnings. The old guards of Wall St. called the model unsustainable. Yet investors continued to pile in money, willing to take the risk that perhaps Jeff Bezos might actually be on to something. That turned out to be a not half-bad decision and suddenly, P/E ratios were replaced by revenue growth as the most important key performance indicator (KPI).

Google and Facebook changed the model even further with their focus on “unique viewers” and the number of people engaging with their platforms. Then, earnings before interest, taxes, depreciation and amortization became the holy grail of earnings calls.

The point being, CEOs and CFOs spend a lot of time creating smoke screens by pivoting what they consider the most important KPIs so they can pursue opportunities while distracting analysts with a new shiny metric to latch on to. Maybe it’s time we cut them some slack and let them embrace risk so they can grow their companies without the traditional Wall St. constraints. But to do that, we need a generation of investors willing to give them the runway necessary to take chances. And maybe, just maybe, that’s what the interest in dogecoin, NFTs and meme stocks is signaling.