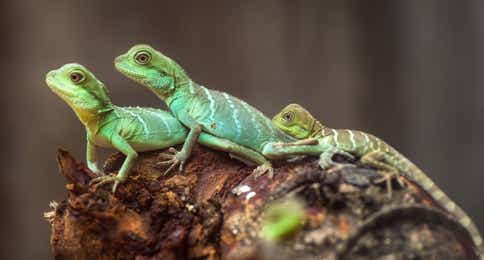 Let’s just quickly get something out of the way. Taken in its entirety, humanity probably isn’t the brightest group. Don’t get me wrong, we have many, many outstanding people with amazing minds that have done incredible things. But if you want to quickly build a successful business model, a la Robinhood, you’re going to have a lot more luck appealing to what I call, the lizard brain.

There’s a reason more people watch shows like Fboy Island on HBO than their local news. The success of social media isn’t because it provides a medium for sharing life altering discoveries. It’s because nut jobs, not unlike myself, can attract an audience and for those with nefarious intentions, they can monetize the algorithms driving those platforms. What makes Robinhood successful isn’t necessarily its technology, though it’s very user friendly. Rather, it’s the combination of ease of use, social media’s gravitational pull and lizard brain-lighting confetti screens that make us feel that by pushing a couple buttons, we should celebrate.

I’m all for enabling individual investors and giving them both the technology and knowledge to take control of their finances. Robinhood excels at giving customers easy-to-use technology, but when it comes to knowledge, they leave it to crowd sourcing and well, that’s how you end up with QAnon and Mike Lindell getting air time well past his expiration date.

There is shared responsibility by both individuals and the trading firms they use to make sure a customer is as well positioned as possible to succeed. Making markets easily accessible is a part of the equation. But so too is making sure they understand what the buttons being pushed actually do. Simply appealing to the lizard brain instincts of users might offer some short term success; however, there will eventually be unintended consequences.

I’m sure there are and will continue to be Robinhood millionaires. At the same time, there will be those who, because they’re simply driven by a desire to see virtual confetti, will lose whatever they put in play. Somewhere between those users and the brokerage firm rests some responsibility to make sure if you’re going to simplify the order entry process, you also need to provide users with access to information explaining what those buttons do.

Sometimes, in spite of ourselves, the greatest aspect to humanity is evolution. We may take one step back for every two steps forward, but we continue making progress. Our basic instinctual lizard brains are still there and can be exploited. And exploiting them might offer short-term gain. If you want to create a sustainable business model though, you need to strike a balance between lizardian tendencies and empowering education.