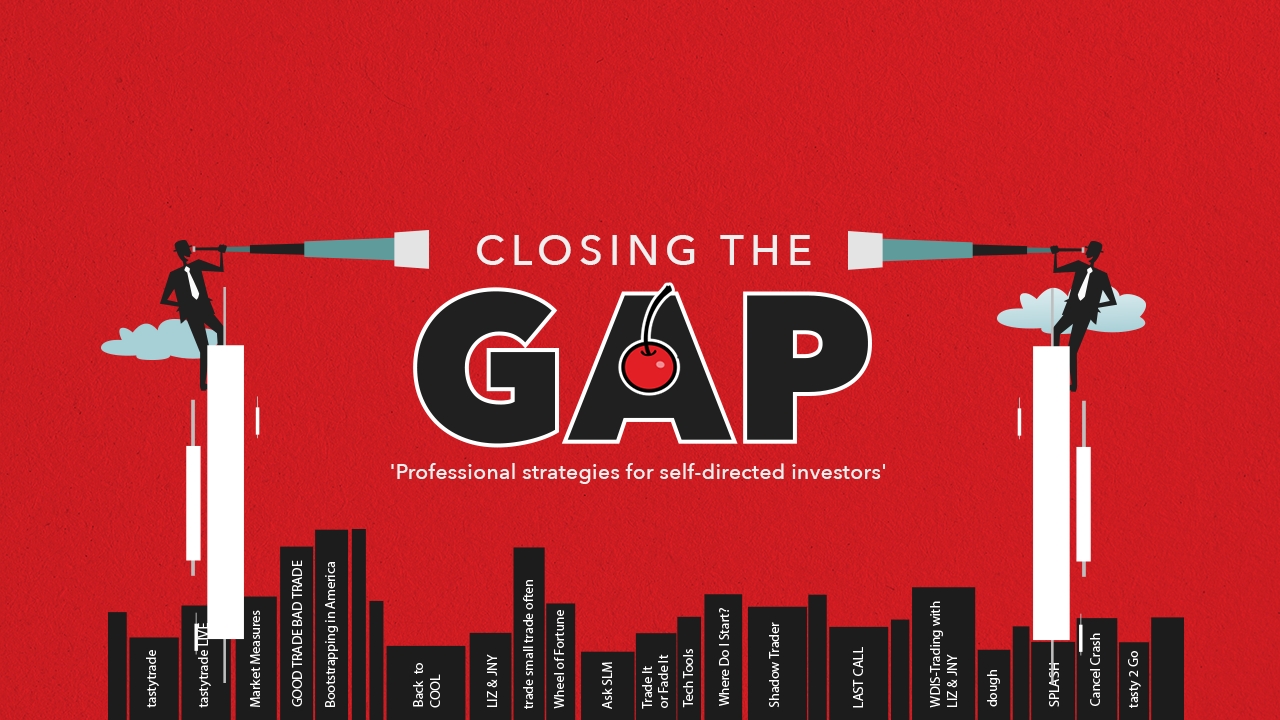 Adding a little extra beta to an account can seem like a good idea during bull markets. However, as markets become more volatile, that extra beta can act like a heavy anchor in a rough storm.

On a recent episode of Closing the Gap, the gang discusses high beta vs. low beta strategies in volatile markets.

In trading, beta is the volatility measure of a security or a portfolio in comparison to the market as a whole. By definition, the market itself has a beta of 1.0, and individual stocks are ranked according to how much they deviate from the macro market. High-beta stocks (>1.0) are supposed to be riskier but provide the potential for higher returns; low-beta stocks (<1.0) pose less risk but also lower returns.

In this episode of Closing the Gap, the guys examine some examples of how traders can transfer risk from high beta positions to lower beta positions. With oil prices under pressure in recent months, the energy sector represents an excellent area where a trader might want to reduce overall beta.

On the show, the hosts introduce the stocks Apache (APA) and Exxon (XOM) to help illustrate the best approach to risk reduction in terms of beta exposure.

The graphic below depicts some of the current trading information for APA, including beta:

What if a trader has a bullish sentiment in APA, but is concerned with the high beta (i.e. volatility) of the stock?

One possible solution is to consider XOM, with a more moderate beta of 1, as a possible vehicle for the same type of trade. APA has roughly a 0.70 correlation to XOM, meaning that movement between the two is historically correlated to a fairly high degree.

So the question then is how a trader can express his market view in XOM, as opposed to APA? It's important to note that XOM trades at a much higher price than APA ($73 vs. $38), which will affect how we scale the trade.

While a trader may have been looking to execute a covered call in APA, that same strategy is not available for the same amount of capital outlay in XOM (due to the higher stock price). In this instance, a trader could instead consider selling a call spread in XOM, which would require less capital but closely mimic the risk profile of the covered call in APA.

The slide below highlights the details of each potential trade:

We see above that the XOM trade not only experiences less drawdown on a one standard deviation move down, but it also has lower maximum loss and greater potential profit.

Having traded many such positions during the financial crisis starting in 2007, lower beta names (which also tend to be companies with larger market capitalization) experienced significantly less volatility than high beta (low capitalization) companies during those violent swings in the market.

Trading in low beta names vs. high beta names better protects your portfolio from drawdowns in capital and spares you from exposure to the emotional roller coaster ride that is often associated with volatile stocks in jagged moving markets.

In times of crisis, low capitalization (generally higher beta) names also have more bankruptcy risk. While we don't know how the current spiral in oil prices will ultimately affect the energy industry, it seems fairly likely that more than a few industry participants won't make it through intact - especially in the high beta category.

On the remainder of this episode of Closing the Gap, the guys discuss another specific example in which they deploy a similar risk structure, but in a lower beta stock.

We encourage you to watch the entire episode of Closing the Gap focusing on high beta vs. low beta risk when your schedule allows.

Don't hesitate to contact us with any feedback or questions at support@tastytrade.com.

A recent episode of Closing the Gap: Futures Edition took a closer look at bond prices and why they fluctuate. Read on to learn more about the dynamic relationship between bond prices and interest rates.