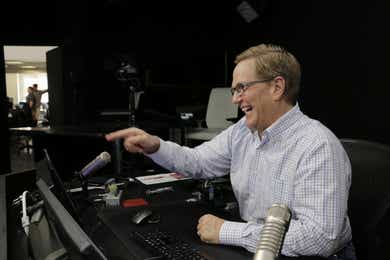 For the world's most highly traded commodity, it was a tale of two summers in the crude oil market.

Despite the extension of the OPEC production cut, crude oil spent much of spring and early summer in 2017 on a steady decline. At that time, it was widely reported that US oil production was simply too strong - any gaps left in the supply chain through OPEC’s coordinated cut would be quickly filled by American shale.

This narrative pushed crude oil prices into the low $40s, and implied volatility picked up across the sector.

Then, in the blink of an eye, that narrative was swept aside like yesterday's front-page meme. After building support in the low $40's, crude oil staged a two-month breakout.

Oil prices topped $50 a barrel and drawdowns in global storage suggested that OPEC’s efforts might be finally starting to impact the global demand/supply equation.

OPEC convened an informal meeting at the end of September and suggested that the current deal, set to expire in March of 2018, may not even need to be extended. That sentiment could be overly optimistic at this point, but it’s still worth noting that OPEC’s tone has started to take on some of that old swagger - the type of confidence only a true monopolist can exude.

Traders looking for new ideas in the energy sector may want to tune into a recent episode of Closing the Gap: Futures Edition. The theme is a pairs trade involving crude oil and natural gas futures, a popular structure within the energy sector.

Of the energy-related futures, crude oil and natural gas are typically the highest volume contracts traded on any given day.

The futures ticker symbol for crude oil is “/CL” and the contract size is 1,000 US barrels. The price is quoted per barrel, which means the notional value of one crude oil futures contract is equal to the spot price per barrel multiplied by 1,000. Crude oil futures contracts are listed in every month on the calendar, and a tick size is equal to $0.01/barrel (or $10.00/contract).

Because crude oil is a major source of the world’s energy, volatility in the price of crude oil can be high. Virtually any news item can be in some way linked to the supply/demand equation relating to crude oil - whether it be economic, geopolitical, or weather-related.

It should be noted that the crude oil futures contract traded in the United States is “West Texas Intermediate (WTI)”, which is a specific grade of oil. Outside the US, crude oil futures are often denominated in “Brent crude.” Brent crude has historically traded at a premium to WTI, with both prices commonly referenced in the financial media.

Natural gas isn’t stored in a barrel or a bushel, so quantities are quoted in terms of how much energy is provided - specifically “British Thermal Units (BTU).” The aforementioned episode of Closing the Gap: Futures Edition dedicates a portion of the episode to further clarifying the concept of “BTU.”

Historically, natural gas was often considered a byproduct of crude oil production, but it has taken on a life of its own as technology has advanced in the 21st century. New equipment and methodologies have unlocked the ability to source natural gas from areas that were previously believed to be out of reach (or depleted).

The newfound abundance of natural gas, combined with a relatively low price (per BTU), has catalyzed growth in its application - particularly as a source of cooling and heating. For this reason, weather often has a strong impact on price, especially colder than expected winters, and warmer than expected summers.

When thinking about futures trading it’s also important to be aware of the concept described by the terms “contango” and “backwardation,” which relate to the timeline of maturities in a given futures product.

Contango is typically viewed as the “normal” structure for prices along the timeline of maturities, but backwardation isn’t uncommon either. One circumstance leading to backwardation is believed to be excess demand, which can push up prices in the near term.

For more information on contango and backwardation, we recommend you review a previous episode of Closing the Gap: Futures Edition, which covers this subject in greater detail.

Due to the crossover in the commercial and industrial application of crude oil and natural gas, the underlying prices do share some degree of correlation. However, as noted in Closing the Gap: Futures Edition, that correlation can vary.

One chart goes back approximately nine years, and the other chart goes back two years - reviewing both can help traders gain better perspective on how the relationship between the price of these two commodities has changed.

The graphic below shows the 2-year chart of the crude oil and natural gas ratio:

Comparing 17.5 to the chart above, we see that the current value of the ratio is fairly close to the lower end of its recent range.

If the ratio were to drop to 14 or 15, which is much closer to the lowest levels observed in recent years, a trading opportunity might materialize. Traders looking to capitalize on this situation might purchase crude oil futures while simultaneously selling natural gas futures - a pairs trade that performs well when the ratio goes higher.

On the other hand, if the ratio were to jump back above 20, traders might look for an opportunity to deploy the opposite position. In this case, a trader might sell crude oil futures while purchasing natural gas futures - a position that performs well when the ratio declines.

On the show, the Closing the Gap team walks viewers through a sample pairs trade using the crude oil and natural gas ratio. Specifically, they show how to execute this pairs trade when they expect the ratio to decline - by selling crude oil futures and purchasing natural gas futures.

The segment also includes a discussion on how traders can interpret whether a commodity price is currently trading in contango or backwardation, and how that might factor into a hypothetical trading decision.

If you have any questions about futures, or any other trading-related topic, we invite you to leave a message in the space below or reach out directly at support@tastytrade.com.