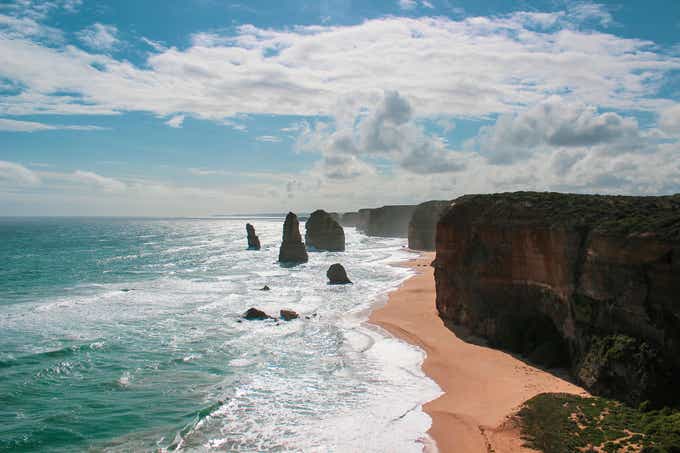 In this edition of Central Bank Watch, we’re examining the rates markets around the Bank of Canada, Reserve Bank of Australia, and Reserve Bank of New Zealand. While the RBNZ has already blinked and backed away from tightening measures until at least October, it appears that the RBA and BOC having been facing down similar decisions. True, the RBA did just announce an alteration to its QE program – more on that shortly. For the BOC, which has its September policy meeting on the immediate horizon, a test of its commitment to stimulus withdrawal is on deck.

The BOC pushed ahead with its stimulus reduction efforts in July, by tapering its QE program by C$1 billion, bringing its asset purchases to C$2 billion per week. Since then, however, the situation in Canada has deteriorated on two fronts: political stability has been upended ahead of the federal elections on September 20; and rising COVID-19 infections have undercut the economy’s gathering momentum.

This mix curates an environment that suggests that the BOC will be cautious at its September policy meeting this Wednesday, diminishing the likelihood of a further reduction in asset purchases in the near-term. 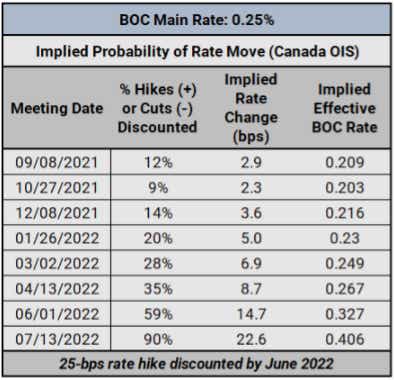 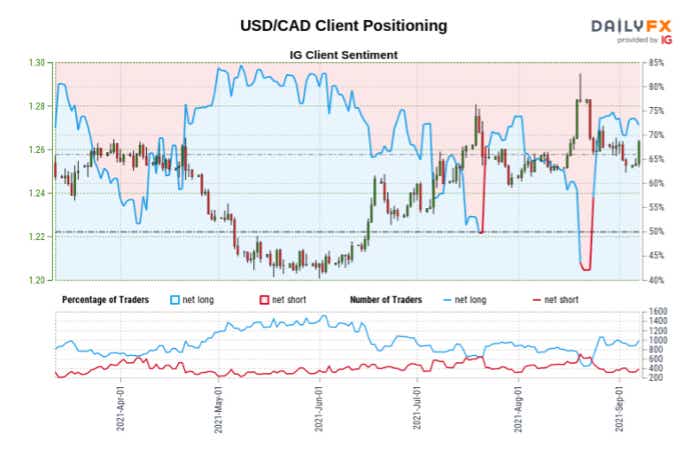 We typically take a contrarian view to crowd sentiment, and the fact traders are net-long suggests USD/CAD prices may continue to fall.

Yet traders are less net-long than yesterday and compared with last week. Recent changes in sentiment warn that the current USD/CAD price trend may soon reverse higher despite the fact traders remain net-long.

Like in August, which produced a reduction in asset purchases by A$1 billion, the September policy meeting saw QE lighten its load by another A$1 billion to A$3 billion per week. However, the RBA is putting a twist on the phrase ‘lower for longer,’ by announcing that it would extend its QE program from November 2021 until February 2022. Thus, while the rate of asset purchases is now lower than previously, it will continue for several months longer than previously anticipated. 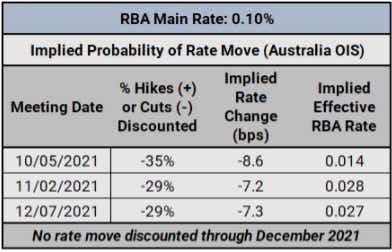 The ‘lower for longer’ stance on the QE front has translated into a reduction in expectations that rate hikes are coming soon thereafter. Of course, tapering isn’t tightening, but it’s been long understood that the RBA’s QE program would be completely tapered off prior to any rate hikes. According to Australia overnight index swaps, there is a 29% chance of a rate cut through December 2021, down from 38% in mid-August. 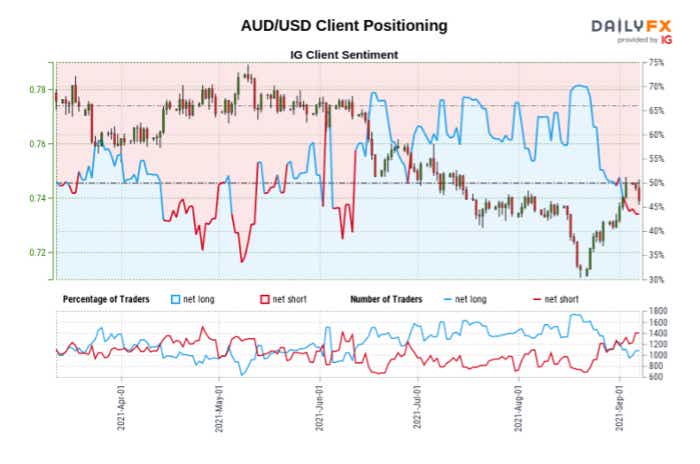 We typically take a contrarian view to crowd sentiment, and the fact traders are net-short suggests AUD/USD prices may continue to rise.

Traders are further net-short than yesterday and last week, and the combination of current sentiment and recent changes gives us a stronger AUD/USD-bullish contrarian trading bias.

RBNZ BACK ON TRACK?

After New Zealand entered a “level four lockdown” in mid-August, rate hike odds plummeted for the RBNZ meeting set to convene the following day. By delivering no rate move, the RBNZ inevitably tanked the Kiwi, which had previously been riding higher on the back of a 100% chance of a 25-bps rate hike in August. Now, containment of the latest COVID-19 infections has recalibrated expectations that the RBNZ will deliver on its tightening promise when it meets next in October. 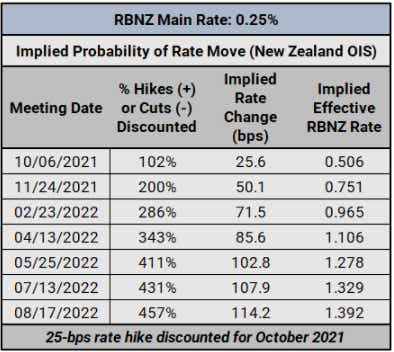 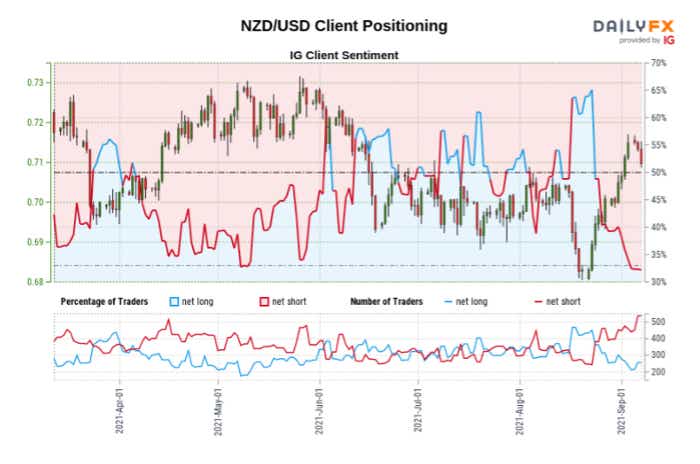 We typically take a contrarian view to crowd sentiment, and the fact traders are net-short suggests NZD/USD prices may continue to rise.

Positioning is less net-short than yesterday but more net-short from last week. The combination of current sentiment and recent changes gives us a further mixed NZD/USD trading bias.

The holiday weekend is fast approaching but the volatility speed bump on Friday – US NFPs – is looking bigger after a disappointing ADP payrolls and employment component from the ISM manufacturing survey.

USD/CNH rates may be losing their summer uptrend, while EUR/CNH rates remain in a multi-month descending channel.

The US Dollar (via the DXY Index) briefly pushed up to fresh monthly highs before the July FOMC minutes undercut price action.