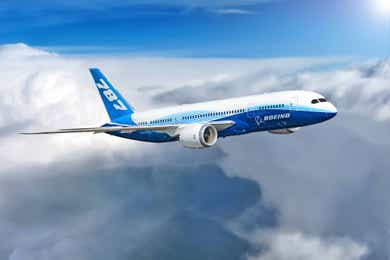 Can Boeing (BA) Stock Price Take Off After Earnings?

Can Boeing (BA) Stock Price Take Off After Earnings?

Late 2019 through early 2020 was a rough period for the Boeing Company (BA) due in large part to travel restrictions put in place because of the Covid-19 pandemic. The aerospace industry was hit hard and valuations across the board fell severely. Boeing posted its all-time high of $446.01 on February 25th, 2019, and is currently trading at $178.55 this morning. That is a 59.97% drop in 1,148 days (about 3 years). Boeing is scheduled to release quarterly earnings on April 27th, 2022, before the opening bell.

How Does Boeing Compare to Its Competitors?

Boeing is the largest aerospace company in the world and the foremost manufacturer of commercial jet aircraft and defense, space systems. Boeing’s largest competitors include General Dynamics Corp (GD), Northrup Gruman Corp (NOC), and Lockheed Martin Corp (LMT). Of the four companies, Boeing has fared the worst over the last 12 months of trading. 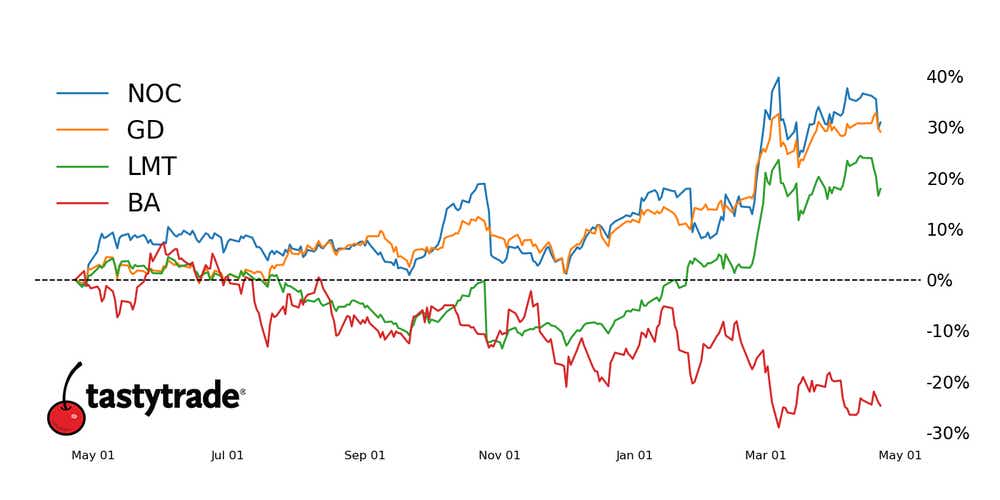 In the last three months, we have seen the aerospace industry begin to recover, however, Boeing (BA) has continued its downward trend. Even though Boeing is a leading innovator in commercial and military aircraft, defense systems, satellite manufacturing, and communication systems, their business has suffered in ways that are unique compared to its competitors. Boeing's commercial aircraft manufacturing wing has taken a huge hit since pandemic-related travel restrictions were implemented and the world’s demand for air travel came to a crawl.

How Do Boeing’s (BA) Financials Look?

Boeing (BA) reporting stagnate sales and zero to negative net income over the last 12 months gives us insight as to why the value of Boeing’s stock price continues to fall. At the same time, Boeing’s competitors have been able to maintain a positive net income over the same period and as a result, we have seen their stock price valuation rise. Boeing’s recent move to reduce liabilities and assets allows us to understand that Boeing is trying to reduce their cost of doing business by trimming unnecessary costs to attempt to be more profitable.

How Should I Trade Boeing’s (BA) Earnings Next Week?

Boeing’s (BA) large negative net income report from last quarter concerns investors. Investors would have rather seen Boeing’s net income remain near zero rather than drop sharply into the negative. It is a marginally decent sign that Boeing’s sales have remained where they were about a year ago, not falling off too drastically while weathering the pandemic-related travel restrictions. Boeing’s move to reduce its cost basis by reducing total liabilities and assets is a positive for investors as this could lead to increased net income.

To trade Boeing stock, open an account on tastyworks

Boeing’s (BA) current stock price valuation presents an opportunity to investors who believe that Boeing will remain the leading aerospace commercial aircraft and defense systems manufacturer in the future. Since Boeing continues to win commercial and military contracts to produce aircraft and defense systems, it is unlikely that Boeing will see sharp decreases in stock price, such as the fall in price we saw in late 2019 and early 2020. If Boeing reports nominal advances in sales and net income next week from what was reported last quarter, we will likely see Boeing’s stock price sideways as investors wait for indications of positive future performance. If we see Boeing report a significant increase in sales and a nice jump in net income, we could see Boeing's stock price post significant gains as it moves in a direction comparable to its competitors.

Receive timely and compelling market commentary from the DailyFX team

What's Netflix's stock price outlook and what should traders expect as Netflix (NFLX) is set to report its Q1 2022 results on Apr 19?

Where next for the Tesla, Rivian and Nio stocks?

Tesla, Nio, and Rivian represent opportunity and what can happen when your product is highly sought after in the market. General Motors and Ford represent opportunities for experienced manufacturers to compete in a market they don’t have to develop by themselves.

Micron (MU) Stock: What to Expect from Q2 Earnings?

Micron Technology (MU) is set to report Q2 2022 earnings on March 29th, after the market close. What should traders expect?