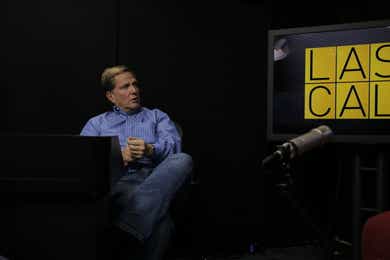 After raising interest rates only two times since 2008 (the most recent occurring in December 2016), the United States Federal Reserve takes center stage in 2017 after guiding that three more rate hikes are likely in the coming year.

The tastytrade blog has covered interest rate policy in previous posts (including this one) that focused on the relationship between interest rates and bond prices.

Today, we are taking a closer look at the yield curve and highlighting a hypothetical trade covered on Closing the Gap - Futures Edition that may help readers better understand position structures in these securities.

The yield curve is best known as a chart that shows the differing rates of return on a set of bonds that are similar but mature at different intervals of time.

The chart below shows the current yield curve of US Treasury notes, bills, and bonds, which at this time would be best described as "normal" -

"Normal" yield curves, like the one shown above, tend to be observed during rising interest rate environments, which generally correspond with periods of economic expansion.

Now, recall that there exists an inverse relationship between interest rate and bond prices.

Therefore, if investors expect interest rates to increase, there may also be an expectation that long-term bonds may depreciate in value. Investors of this opinion may then liquidate longer term bonds in hopes of locking in securities of the same type later (if/when higher interest rates are available).

During this time these same investors may choose to park the funds received in shorter duration bonds.

Stronger demand for shorter-term bonds in turn pushes down short term interest rates - thus the "normal" shape of the yield curve during these periods.

Going back to the episode of Closing the Gap - Futures Edition, a trade is outlined on the show that seeks to exploit the spread between shorter-term and longer-term interest rates, as opposed to speculation on pure interest rate direction.

A yield curve spread trade is executed by simultaneously buying and selling two different terms (durations) of a given bond. It should be noted that bonds with longer-dated maturities tend to be more sensitive to changes in interest rates, so traders deploying yield curve spreads do not necessarily go long and short equal amounts of short-term and long-term bonds.

Due to the complexity of this sample position we recommend reviewing the full episode of Closing the Gap - Futures Edition for the best possible understanding of the material.

If you have any questions about the trading the yield curve we hope you'll reach out at support@tastytrade.com.