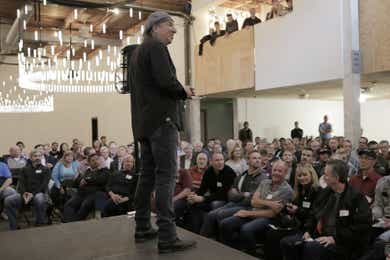 Spread trades, no matter whether they are options, stock, futures, or anything else, typically attempt to leverage a relationship between two or more asset prices.

The basis for spread trades is therefore dependent on a long-running, verifiable, and strong correlation (or inverse correlation) that exists between the prices of the assets.

An example of some well-known spread trades that have been previously outlined on the tastytrade network include: gold/silver, soybeans/corn, oil/gas - just to name a few.

The soybeans/corn example is particularly relevant because a "price extreme" materialized earlier in 2018. Back in spring, soybeans appreciated in value at a faster rate than corn, and the spread between the two commodity prices reached the widest point observed in the last several years.

At that time, tastytrade's resident futures expert Pete Mulmat presented a hypothetical sample trade that would theoretically profit from a narrowing of the spread between soybean and corn prices. This involved getting short soybean futures versus getting long corn futures in a 1 x 2 structure (trading 2 contracts of corn for every 1 contract of soybeans).

That example was outlined in spring of 2018 and by summer the spread had narrowed considerably - as you can read about in this previous blog post.

Today, we are applying the same type of methodology to a sample trade involving foreign currencies.

Once again, the basis of the trade relies upon a strong correlation between the two assets in question. Likewise, the relative attractiveness of the potential opportunity is dictated by the fact that the historical relationship between the prices of the two assets has reached an "extreme."

The difference, in this case, is that instead of dealing in agricultural futures (soybeans and corn), we are using foreign exchange futures - specifically the Canadian Dollar and the Australian Dollar. A sample trade that was discussed recently on a new episode of Closing the Gap: Futures Edition.

If you are new to the foreign currency niche of the financial markets, we recommend reviewing this previous blog post, which provides a comprehensive introduction to foreign currencies and fx futures.

As you can see below, the correlation between the Canadian Dollar and the Australian Dollar has been strong in recent months:

Now that we have established a strong positive correlation between the prices of these two currencies, we can examine the range in which the spread (Canadian Dollar - Australian Dollar) has traded over the last several years:

As you can see in the chart above, the Canadian Dollar is close to its richest point relative to the Australian Dollar during the period examined. For spread traders, that price extreme is what catalyzes further consideration of a potential trade.

To add further context to this example, consider the fact that China is the largest trading partner of Australia, which means confidence in the Australian economy/currency is often tied to China's economic prospects.

Depending on your outlook and unique trading approach, it’s possible you don’t want exposure to foreign currencies at this time. However, looking at this trade in a vacuum (for the purposes of illustrating an example), let’s assume you wanted to “mock trade” this spread in order to learn more about foreign exchange futures.

A narrowing of the spread between the prices of the Canadian Dollar and the Australian dollar would produce a positive return for the trade outlined above. On the other hand, a widening of the spread would do the opposite.

No matter your ultimate opinion on the two currencies, the above can serve as a great example of how spread traders operate in the foreign currency futures market. At minimum, you could add the Canadian Dollar and Australian Dollar foreign exchange futures to your watchlist, and follow how this spread performs in the coming weeks and months.

We also hope you’ll take the time to review the complete episode of Closing the Gap: Futures Edition focusing on foreign currency spreading when your schedule allows.

If you have any questions about fx futures, or anything else, don’t hesitate to reach out by leaving a message in the space below, or by sending an email to support@tastytrade.com.