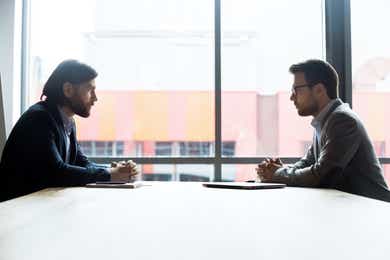 Power to the People? Not so Much.

Power to the People? Not so Much.

How It All Began

It was just about a year ago that the investing public got introduced to the phenomenon of meme stocks. Markets have always had stocks that got hot, skyrocketing to valuations that made absolutely no sense. But in the case of meme stocks, not even nonsensical was enough.

The interesting aspect of meme stocks was the fact their price action seemed to be retail investor driven. In a marketplace with gazillions of dollars and deep liquidity, price has traditionally been determined by larger institutions like mutual funds, pensions, and institutional investors. However, when stocks like GameStop took off, they were being propelled by a ragtag group of retail traders in a chat room. It was the little person, the common folk, standing up to the traditional powers that be and saying, it’s our turn.

History is not without examples of individuals or small groups of individuals influencing the course of history. The most recent example we can think of was in the 80s, when the Hunt brothers attempted to corner the silver market. During the crash in 1929, it was rumored JP Morgan personally stopped the crash by offering to buy everything anyone was willing to sell. But since that time, the power dynamic shifted, pushing out the retail trader.

January of 2021 took us to a time when retail traders had a seat at the table. For some of us, it offered hope that our dollars mattered. If we could move GameStop and AMC, what couldn’t we move? Turns out, pretty much everything else.

The meme stock phenomenon was not a revolution as much as it was a reminder. The power dynamics did not shift back to the retail trader. However, the little guys did punch the big boys in the nose and drew blood. Retail traders reminded institutions that we’re still here and if you forget that, we can sneak up on you.

So the question most have is whether or not the meme stock revolution is over. No, probably not. At least we don’t think so. There will be other heavily shorted, low float underlyings that will get squeezed. When will it happen? Who knows. What stock will it be? Your guess is as good as ours. But it probably won’t be the Apple or Amazon’s of the world. It’ll be some obscure stock we’ve all forgotten about.

The next meme will come out of nowhere and it will, if nothing else, keep the market honest. It will spur engagement. It will generate discussion. It will dominate the news for a short period. And, it will remind everyone that once upon a time, individuals gathered under a tree in New York once controlled the price of stocks with their personal dollars.

US rate expectations continue to exact their influence on the global financial markets, but the impact is different for different assets. While the US 2-year yields continues to climb, the Dollar recovery has stalled and the QQQ is on the verge of a bear trend.

As bond interest rates soar what's the outlook for 2022?

There Is A Line

There’s a line between right and wrong. Between hope and results. When entrepreneurs and fraudsters like Elizabeth Holmes and Bernie Madoff intentionally cross it to deceive others, they should be called to answer for their actions.

Is Crypto a Better Investment Than Stock?

Increased access to both alternative markets and greater education has pushed many investors to more innovative products as well as non-stock markets like crypto; but, is this a good thing?