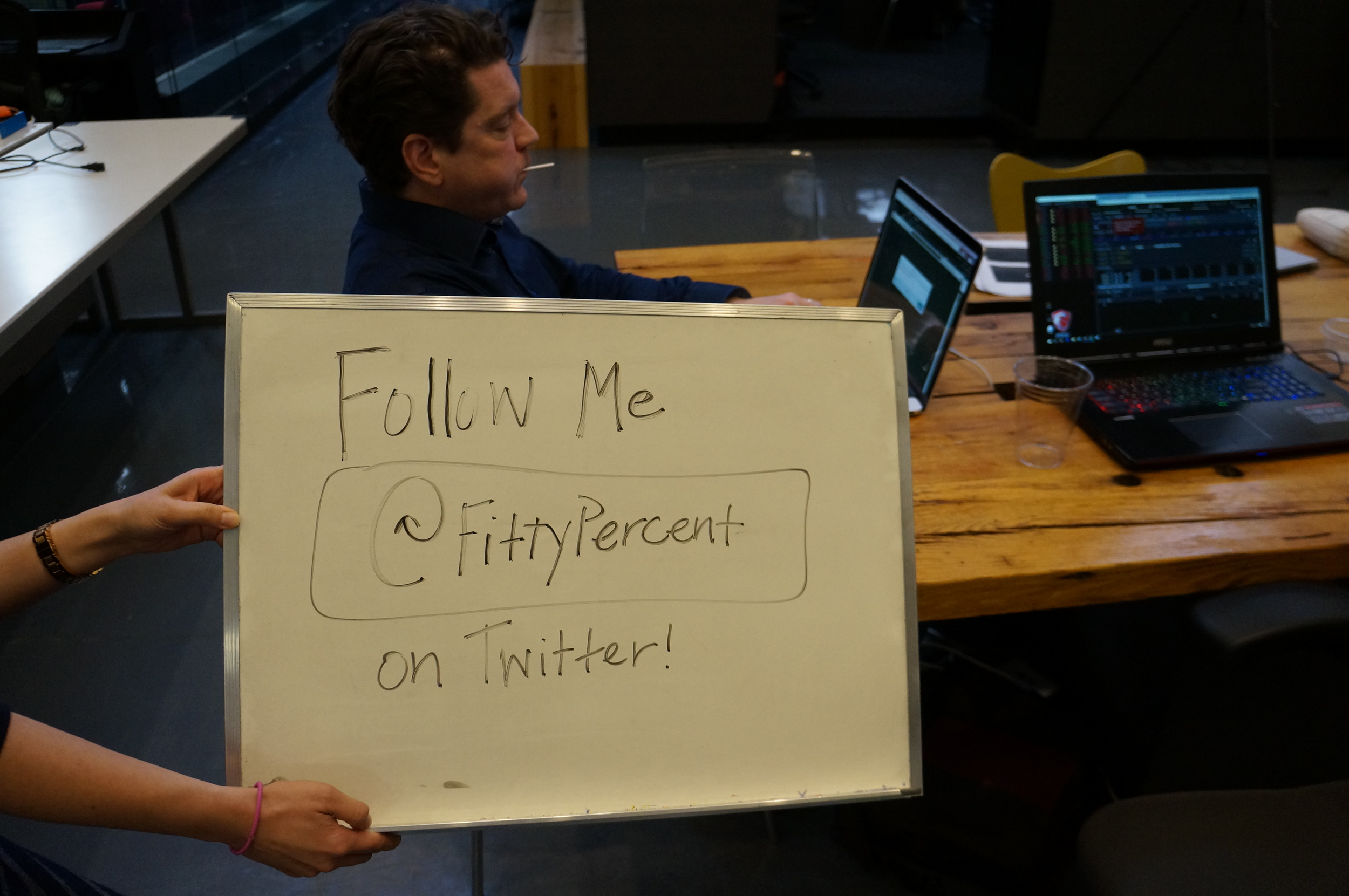 And today, no truer words have ever been spoken.

That’s right. This morning on The Skinny on Options Modeling during tastytrade Live!, an idea was born.

TP joined Tom and Tony in the studio, and they gave him a new nickname which he has since taken to Twitter…@FittyPercent. Not 50%. Fitty. And don’t be fooled by the lack of bio and photo. It’s him.

Why? Because it just works. As Tom Sosnoff said today, “This just works. When people say, 'what do you think of TP?' Mmmm...I like him about 50%.”

And doesn’t it make sense that TP’s Twitter handle, a play on 50%, would relate to probabilities, but also have the swagger that matches his demeanor?

No, but seriously, the market is going nutso, and volatility is way up. And you would think high IV means higher risk, but not necessarily. The three of them explain it all on today’s segment...there’s a chance higher than 50% that you’ll find it beneficial.