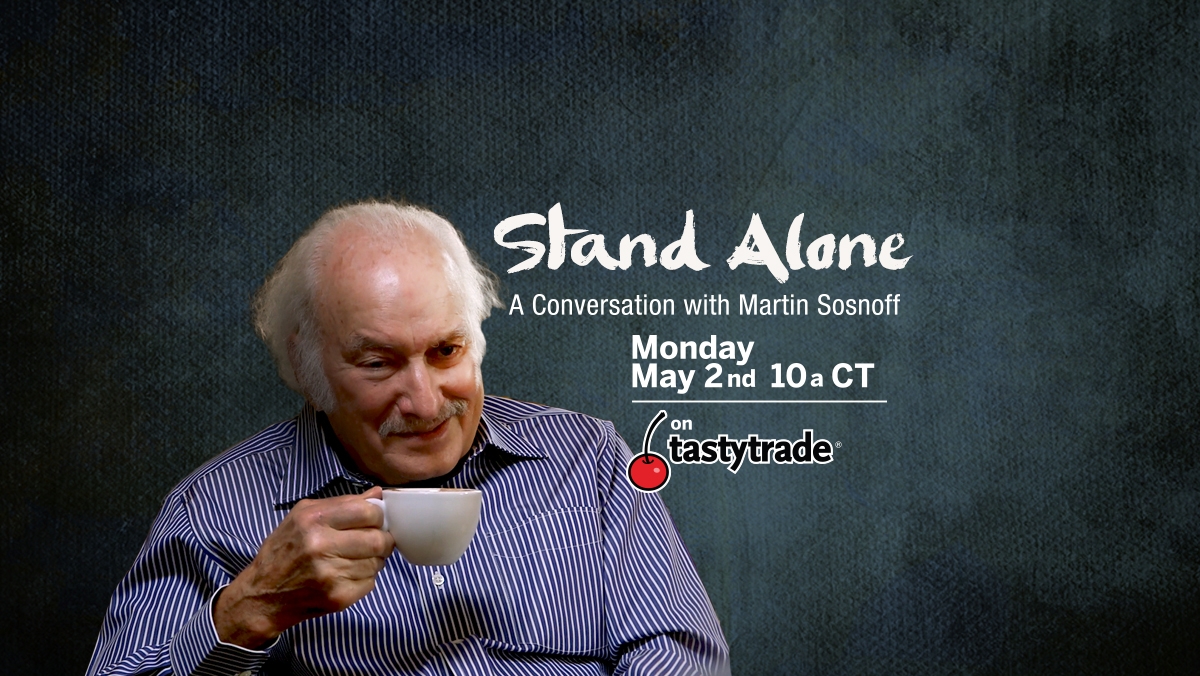 Some of us are first generation traders, learning as we go. Others were born into trading much the same as we are born into Cubs or White Sox families. There is no “right way” to becoming interested in markets. But we are all interested in how one another arrived here. For Tom, it started with a single share of American Telegraph, gifted to him by his uncle, Martin Sosnoff.

Martin Sosnoff runs Atalanta Sosnoff Capital, managing over $5 billion in assets. He rose from humble beginnings; he did not come from a family with a Wall St. pedigree. It was not until a chance encounter with E.F. Hutton’s research director, while serving in the army reserves that Martin even considered a career on Wall St.

Martin went to work for E.F. Hutton as an analyst covering technology companies such as Bell Labs and later, Boeing. At the time, trading vehicles such as options were not in existence. Hedging, in the way tastytraders are familiar, did not exist. Investing was, for Martin, about seeing the big picture and how technological advancements could have far-reaching effects.

Picture, if you can, Tom going to Google’s campus and speaking with employees there about what they are working on, then deciding whether or not to short Google. The time it took to write that last sentence was probably more than Tom would willingly spend speaking with Google employees about a trade. But that was exactly the type of legwork that helped Martin get ahead.

During a visit to Boeing, whose new 707 airplane was about to be released, Martin saw how this advancement in technology would change the world. The 707 was not just going to change how people traveled. It was going to make previously inaccessible locations accessible. That in turn would impact things such as real estate as tourists sought out new destinations.

While that particular style of trading is not Tom’s approach, Martin and Tom do share some trading similarities. During the Cuban Missile Crisis, while most investors were selling, Martin was on the other side, buying into weakness shares of companies such as IBM, Polaroid and Xerox. When the crisis passed, share prices rebounded and rewarded Martin. Your mom’s dad may hold the key to whether or not you’ll go bald, but in the Sosnoff family, your dad’s brother determines whether or not you will be a contrarian investor.

Similarities between Martin and Tom do not end with their shared contrarian approach. Like all traders, Martin admits to letting ego get in his way during an ill-fated attempt to buy Caesar’s World in 1987, and it cost him. Wondering when Tom’s ego has gotten in the way? Ask Bat to share some stories.

One more shared trait amongst Tom and Martin is their view that this market is at an extreme. Martin is a fundamental investor with a view toward the macro economy. Tom is a trader, less concerned about specific corporate fundamentals, yet very much aware stocks have become too big for their britches. However, similarities on that particular topic end there. Martin no longer shorts stocks and would prefer waiting out a pullback in equity prices whereas Tom and tastynation want to capitalize on what we see as opportunity.

Listening to Martin touched many tastytraders. Many of you have written in letting us know how much you enjoyed this interview. We thought we would share some of your comments below for both Tom and Martin to enjoy.

For more on this topic see:
Stand Alone: A Conversation with Martin Sosnoff