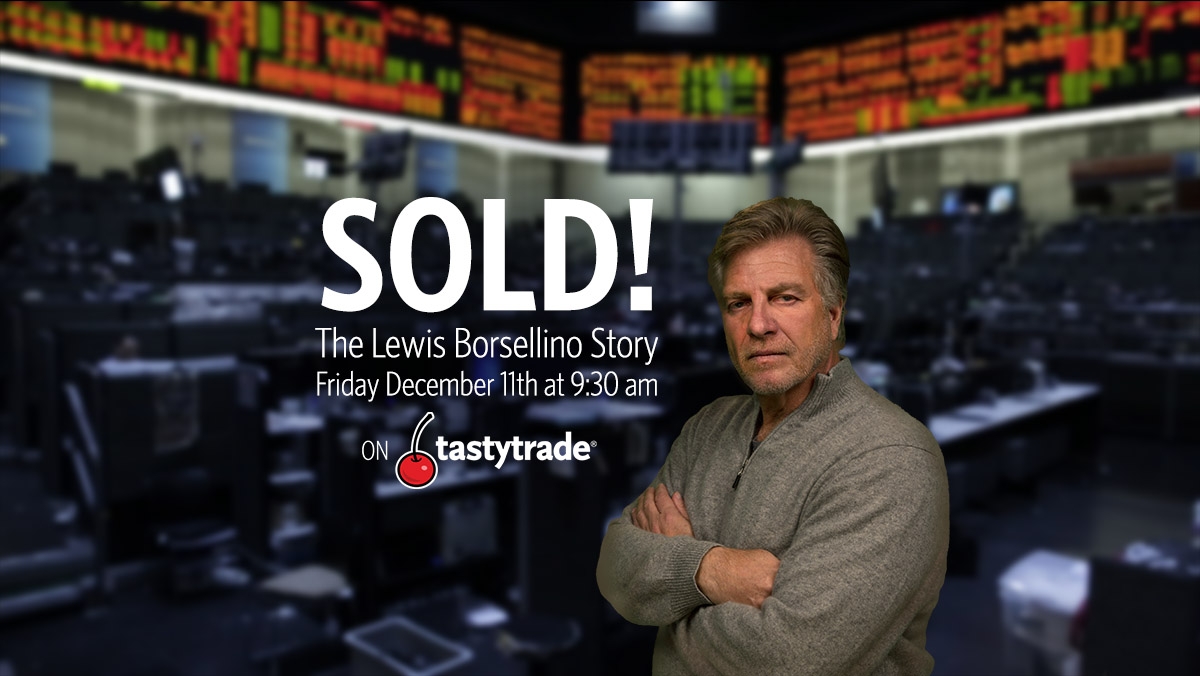 There were some legendary traders in the pits of the Chicago Mercantile Exchange (CME), and Lewis Borsellino was one of them. Borsellino swept in from the south side of The Windy City to become one of the biggest traders in the S&P pit during the primetime of Chicago pit trading.

Borsellino has a vocal personality, an almost preternatural understanding of the markets and a take-no-prisoners approach to trading. He is the subject of a new tastytrade documentary, where he tells his life story in his own words. SOLD! The Lewis Borsellino Story, documents the ups and downs of one of Chicago's most colorful traders.

Produced by tastytrade, the documentary aired Friday, December 11 live on the tastytrade network. Immediately following the premiere, Lewis Borsellino was in the tastytrade studios for a Q&A with tastytrade LIVE co-hosts Tom Sosnoff (co-CEO) and Tony Battista, both of whom have been trading in Chicago for over 30 years.

Now that you have all the info about the documentary, watch it here!

So far, we've gotten great feedback from viewers...here's what they've been saying:

Cudos to @ManOverMarket and @tastytrade for a truly touching doc on the legendary #lewisborsellino Top notch stuff! pic.twitter.com/say2ZJpDCl

I'm still trying to catch my breath. Thank you Mr. Borsellino for putting it all out there. Incredible story!!!! @tastytrade

What did you think of SOLD? Leave your thoughts in the comments, reach out to support@tastytrade.com or let us know on Twitter: @tastytrade.