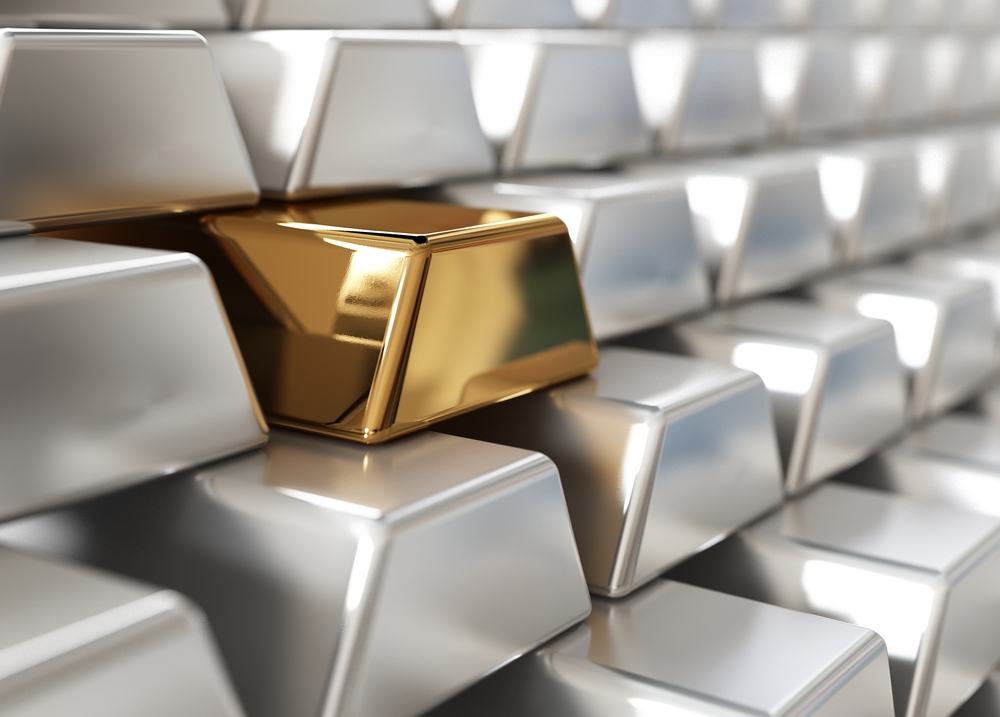 Inside the Volatility: Gold-Silver Ratio

Inside the Volatility: Gold-Silver Ratio

When global markets got hammered during the 2008-2009 Financial Crisis, one bright star during all the turmoil was the precious metals sector. Virtually all the big-name commodities from this particular sector rallied hard when the world's financial system was stressed almost to the breaking point.

Gold and silver, which are two of the highest volume precious metals trading hands on any given day, both saw significant appreciation in their underlying value during that period. What's a bit surprising (in hindsight), is the fact that gold and silver prices continued to rally even after the "eye" of the financial storm had passed.

During calendar year 2011 (well after the financial crisis was over), gold and silver prices crescendoed, with both essentially hitting their all-time highs during that year (roughly $1,800 and $50 per ounce, respectively). I say "essentially" because of a freak occurrence during 1979-1980 when the sons of a Texas billionaire (the Hunt Brothers) attempted to corner the silver market, which in turn caused some extreme upward moves in precious metals across the board.

In terms of a current reference point, the prices of both gold and silver have moderated since their heights in 2011. As of mid-January 2019, gold is trading just under $1,300/ounce, while silver is just under $16/ounce. However, the last three months have been of particular interest.

Zeroing in on the fourth quarter of 2018, one can see how the selloff in global equity markets, which began in early October 2018, appears to have catalyzed another run in the precious metals sector. From early October through the start of 2019, gold prices appreciated by roughly 7%, while silver prices increased by about 5%.

Due to these recent developments, gold and silver were featured on a recent episode of Closing the Gap, and we think the information presented on the show is well worth a few moments of your time.

The graphic below shows the current value of the Gold-Silver Ratio as compared to recent history:

For traders looking to take advantage of a higher Gold/Silver Ratio (i.e. believe it will revert lower), the associated position structure traditionally requires shorting gold versus buying silver. Logically, this makes sense, because a decreasing price of gold (the numerator) and an increasing price of silver (the denominator) would indeed result in a lower Gold/Silver ratio.

While the Gold-Silver Ratio can be used as an indicator for potential trades in the precious metals sector, it's certainly not the only one. Because the rally in gold and silver appears to be correlated with increased volatility in the financial markets, traders considering this position structure (short gold, long silver) may also need to hold the outlook that volatility will decline over the holding period of the trade (as one example).

If you are new to the space, you could always mock trade (i.e. paper trade) this position structure and follow its behavior in the coming months and apply those learnings to future opportunities.

Whether you find the trade attractive or not, we still recommend reviewing this episode of Closing the Gap to get a comprehensive update on the sector. Understanding how different niches of the financial markets relate to one another can be a great way of uncovering attractive trading opportunities (i.e. building an assumption).

For more on the Gold-Silver Ratio, we also recommend reviewing this previous installment of Options Jive.

If you have any questions about trading gold and silver futures, or any financial product, we hope you'll reach out by leaving a message in the space below, or sending us a message on Twitter (@tastytrade) or email (support@tastytrade.com).