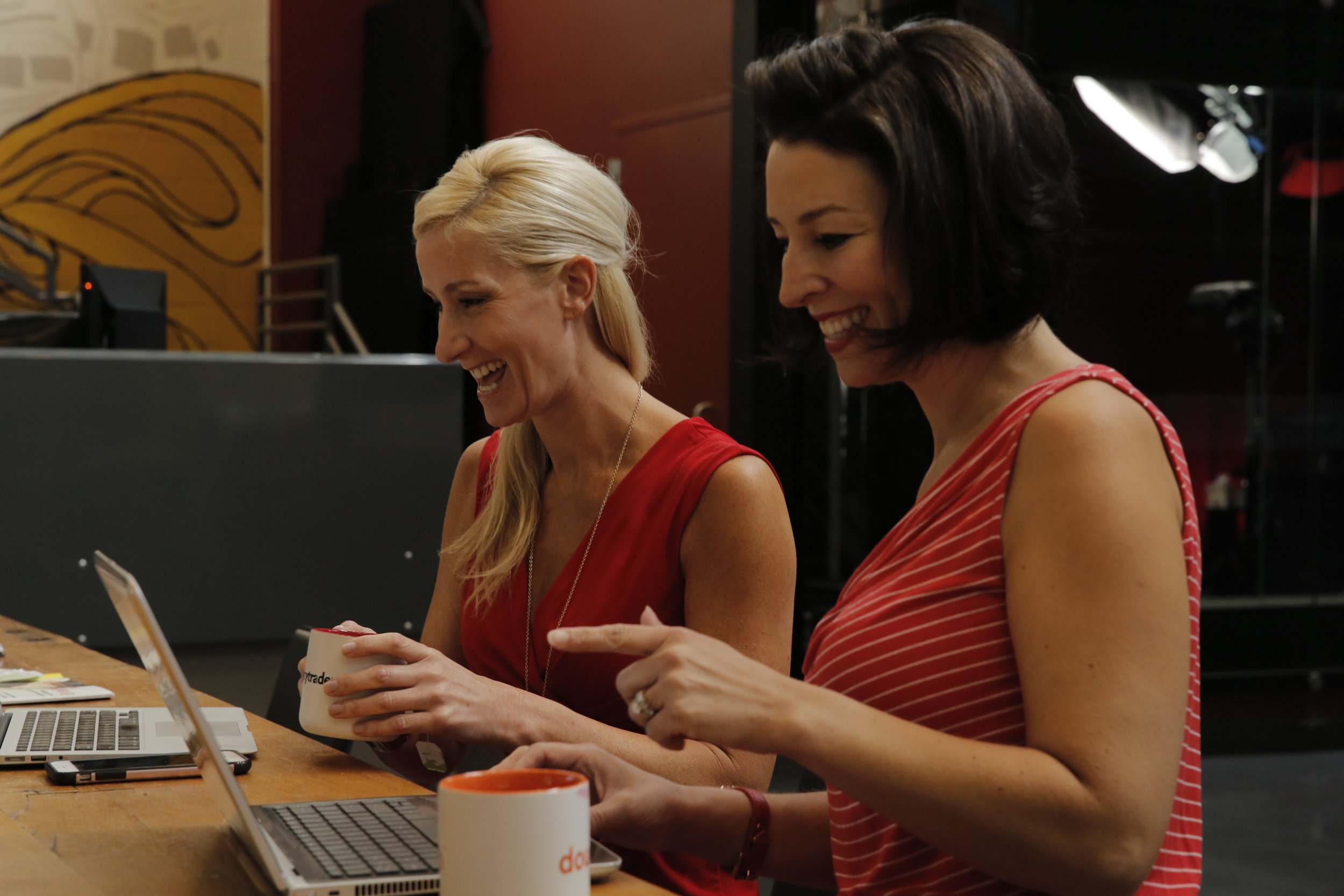 Because options positions typically involve directional risk, there are different tactics traders can use to help minimize such exposure.

Even before trade deployment, traders can minimize directional exposure by selecting position structures that are closer to "delta-neutral" at the time they enter the market. Delta-neutral refers to an option position in which the delta component of the risk exposure is flat, or at least minimal.

The thing we can’t forget is that the underlying price will fluctuate throughout the life of the position. That means that over time, adjustments may be required to maintain delta-neutrality.

Looking at an example, consider a short straddle in which the underlying price is dropping toward your lower break-even price. In this scenario, a trader that strictly adheres to the “delta-neutral” philosophy might need to sell additional stock against the straddle as the position gets longer delta. The longer deltas are coming from the short put, because the delta of the underlying option is getting larger.

As we know from our option Greeks, gamma is the measurement that reports how much our delta will change for every $1 move in the underlying. But gamma can be positive or negative, which can be a little confusing.

A trick I use to remember the difference is that long gamma positions (which are generally long premium) generally prefer movement in the underlying. Short gamma positions on the other hand don’t like movement, which is why the risk profile dictates somewhat counterintuitive delta trading - to sell deltas when the stock goes lower, and to buy deltas when the stock moves higher.

In either case (long gamma or short gamma), the goal of such hedging is to reduce directional risk, which is the most important thing to remember.

Looking at another practical example, imagine a long straddle in which the underlying starts breaking higher toward the upside break-even point. As the underlying rises in price, so too does the delta of the call. A higher delta means the position is now "longer" than it was before.

In turn, that means that a delta-adjustment may be necessary in order to "flatten" the delta slightly, and bring the position back to "delta-neutral." In the case of a long straddle, where the underlying breaks higher, the appropriate delta adjustment is to simply sell additional stock against the position.

If 25 contracts were deployed in the straddle at the outset, that would mean there are now 500 (0.20 x 25 x 100 = 500) more long deltas in the position. In practice, a delta-neutral options trader would probably sell another 500 shares of stock against the long straddle position in order to adjust for the increase in the underlying price under the above scenario.

Obviously, one big outstanding question regarding this type of gamma scalping is the frequency of such interventions.

Some traders choose to “flatten” the deltas (i.e. directional hedging) in their portfolio at the end of every trading day, some do so only once a week/month, while others might choose an absolute level of absolute directional risk before making an adjustment. The latter approach, of choosing absolute risk limits, could be at the position level, or the portfolio level.

One other thing to consider is that some traders/firms leverage gamma scalping to try and produce additional income on their positions. Or at least to offset losses in positions that move against them.

For example, imagine a long straddle in which the stock breaks higher. In this scenario (as outlined above), the delta neutral trader would sell stock to flatten their exposure. Now imagine, that bad news hits the stock and it sells off. In order to adjust the position, the trader will now need to buy that stock back, to compensate for negative deltas.

While those stock trading moves were initiated based on a desire to be "delta neutral," they also produced additional profit for the position.

Obviously, if the trader had not made the above scalps, then these funds would not be added to the overall return.

It’s also important to keep in mind that while the trader may have benefited from the delta adjustment, the overall move in the underlying may have had a negative effect on the P/L of the option component of the position.

In a scenario where the underlying stock is moving up a couple dollars, and then back down a few dollars (i.e. sideways or range bound), the long straddle will likely be bleeding premium (i.e. theta decay). And the profits from gamma scalping may not outweigh the premium losses - although they certainly can help reduce losses.

Long-time options traders will know that gamma scalping can frequently cut into the potential profits of positions in other ways, as well.

For example, if you are long a straddle in Company ABC, and they report surprising earnings, it’s possibly you may scalp (i.e. flatten) your position at an inopportune moment, before the underlying makes its “full” move - thus leaving money on the table.

For example, imagine you are short a put, and the underlying drops below strike. In this case, a delta-neutral trader would likely sell stock to try and compensate for the additional long deltas.

Hypothetically speaking, let’s say the stock next experiences a strong rebound - that extra stock you sold (on the bottom) is now working against you.

If the underlying continues to move up, you’ll probably even have to buy that stock back (at a much higher price). The end result in this hypothetical example is that you’ve sold the bottom and bought the top. Far from optimal.

If you want to review more detailed information on gamma scalping, a new installment of The Skinny on Options Abstract Applications is well worth a few moments of your time. This particular episode focuses on long gamma scalping, but provides valuable insights for any trader that utilizes a delta-neutral philosophy (or is considering doing so).

Don’t hesitate to leave a message in the space below, or reach out directly at support@tastytrade.com if you have any questions on gamma scalping (hedging).